Register for this site!

Enter your username or email to reset your password. 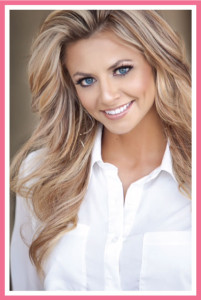 Nikki Walter graduated from Northern State University in Aberdeen, South Dakota in 2002 with a B.S. in Health & Wellness, and Business Management.

Following her internship with Medtronic Wellness Centers, in Fridley, MN, Nikki returned to South Dakota,  to get married and begin her new career for the Aberdeen Area Chamber of Commerce.

Nikki’s life hasn’t been short on hardships:  He father passed in an automobile accident in 1997, Nikki was 17 years old.

Fourteen years later, March of 2011, her husband became suddenly ill and was diagnosed with AML (Acute Myeloid Leukemia) at the age of 34.  He lost his battle nine months later after complications from a bone marrow transplant.  Their daughter, Addison, was 5 years old.

After such a major life changes, she decided to follow her heart.

With the help and love of her family and dear friends, Nikki and Addison adjusted to a new life.

She took a leap of faith and left her Chamber of Commerce career, after a decade in which she earned her IOM Certification from the U.S. Chamber Institute of Management in 2010. In 2012 she was name one of the Top 40 Under 40 Business Professionals for Prairie Business Magazine; and assisted in earning Aberdeen South Dakota, the title Top 100 Communities for Young People.

Nikki worked for KSFY Television as a sales associate then found a new love in Dentistry pursuing her new career in 2016 where she manages three states and travels the Dakotas.

But every challenge Nikki faced only made her want to be stronger. She decided to pursue her bucket list items. She wanted to compete in a fitness competition and pursued that goal.  Since then, Nikki has become a six -time NPC first-place finisher, and competed at the Mr. Olympia in the Flex Bikini Model Search,  has qualified to compete for the NPC Masters Nationals in 2018.

Offering up a positive attitude, Nikki and Addison encourage others worldwide to become their best selves by pursuing their own passions.  “Live your life, and do what is best for those you love. Do what makes you a better person physically, mentally, and spiritually, so you can be strong for your loved ones, and always give back and help others when the opportunity comes.”